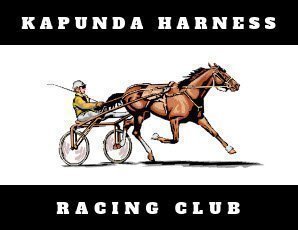 KHRC or Kapunda Harness Racing Club runs several Trotting events every year, plus many other events including:

History
In 1945 as the war came to an end and local identities Tom Hansberry and Gerry Schluter were racing horses at Wayville with success and others raced their horses at the local shows.

An area of Dutton Park (a section of the 50 acres bequeathed to the Kapunda Community by the late Sir Sydney Kidman for recreational use), was native scrub with a creek running through it adjacent to Hancock Road. Volunteers cleared the land of trees, prepared a track. The group filled in the creek, prepared a track, built horse stalls, erected an elaborate wood panel running rail and other necessary facilities. Eli Hambour with many
talents was an experienced “powder monkey” and he undertook the job of blowing out the tree buts, he also was experienced as a carpenter and supervised the erection of buildings including the Totalizator building.
Money was borrowed to grade and prepare the track for racing in 1947.

All was in readiness in 18 months for the club’s opening meeting on 11th March 1947. It was a day meeting, 105 horses raced, the majority arriving and departing on the horse train, some from interstate, the city and sidings in
between. Eight races were run with the total stakes of 385 pounds. It was a great success and fitting result for the foresight and hard work of the group of enthusiasts of 1945.