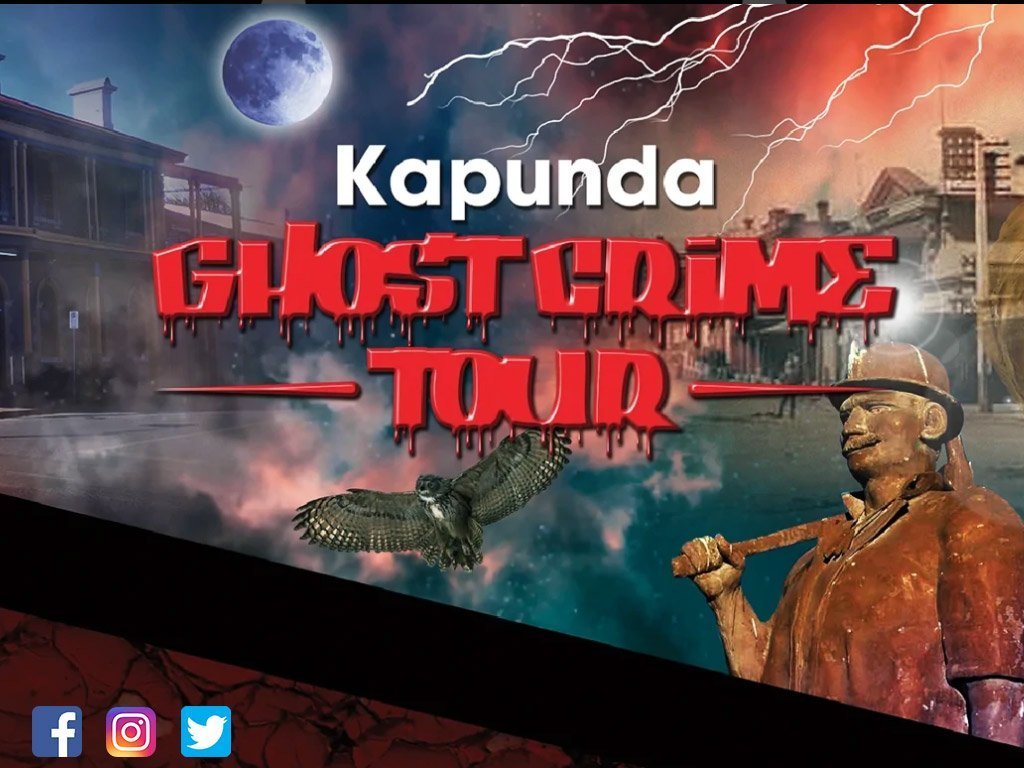 Book on a Kapunda Ghost Crime Tour and discover Kapunda’s famous haunted past and it’s rich and fascinating heritage. Who was Sir Sidney Kidman, and how at one point did he end up owning 3% of Australia!

We take you down the main street to listen to tales of crime dating back to the early 1800’s, back when Kapunda was a bustling mining town and was very nearly the capital of South Australia.

We visit the Kapunda Court House and relive some of its most notorious cases, and discover the sentences that were handed down to its guilty.

We then visit the North Kapunda Hotel | Australia’s most haunted pub.

The Hotel has a National Trust listing. and was known as the Sir Sidney Kidman Hotel until 2010 when it was renamed to the North Kapunda Hotel again.

The Hotel has also played it’s part in the State’s political life, as it is the home to the very first reading of the Riot Act in South Australia. The Act was read from the Hotel’s balcony by Police Superintendent Mr Quelly.

You will have the opportunity to stand at the exact spot that Mr. Quelly stood as he read the Act to the 500 unruly people as they gathered below on the Main Street of Kapunda.