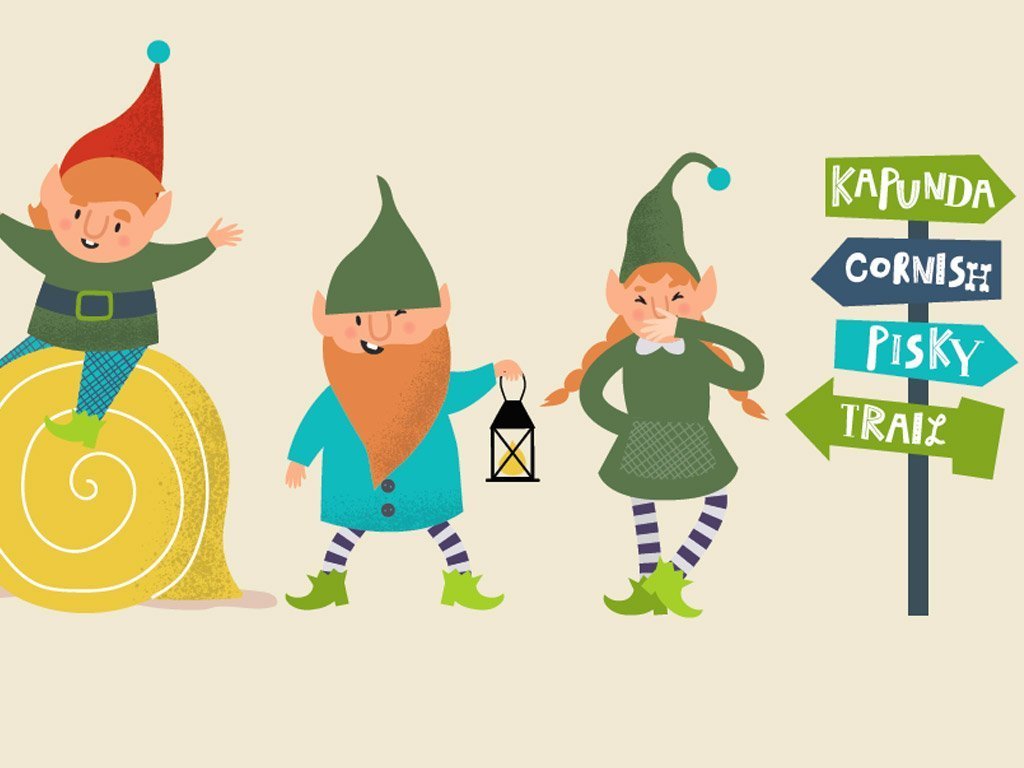 KAPUNDA CORNISH PISKY TRAIL- A CORNISH PISKY IS THOUGHT TO BRING GOOD LUCK, DESPITE BEING A LITTLE MISCHIEVOUS; SEE IF YOU CAN SPOT THEM IN & AROUND KAPUNDA.

Kapunda had both Irish and Cornish people immigrate to help mine the Copper found in Kapunda back in 1842. When they moved here they brought their folklore stories of Piskies, Tommyknockers and Leprechauns.

Who are these mythical characters?

The Cornish described the creature as a little person two feet tall, with a disproportionately large head, long arms, wrinkled skin, and white whiskers. It wears a tiny version of standard miner’s garb and commits random mischief, such as stealing miners’ unattended tools and food.

The name comes from the knocking on the mine walls that happens just before cave-ins – actually the creaking of earth and timbers before giving way. To some miners, knockers were malevolent spirits and the knocking was the sound of them hammering at walls and supports to cause the cave-in. To others, who saw them as essentially well-meaning practical jokers, the knocking was their way of warning the miners that a life-threatening collapse was imminent.

According to some Cornish folklore, the Knockers were the helpful spirits of people who had died in previous accidents in the many tin mines in the county, warning the miners of impending danger. To give thanks for the warnings, and to avoid future peril, the miners cast the last bite of their tasty pasties into the mines for the Knockers. Get your Cornish Pasty Recipe in the Kapunda Cornish Pisky Trail pack from the Kapunda Visitor Information Centre.

A leprechaun is a small supernatural being in Irish folklore, regarded by some as a type of solitary fairy. They are usually depicted as little bearded men, wearing a coat and hat, who get up to mischief. In later times, they have been depicted as shoe-makers who have a hidden pot of gold at the end of the rainbow.