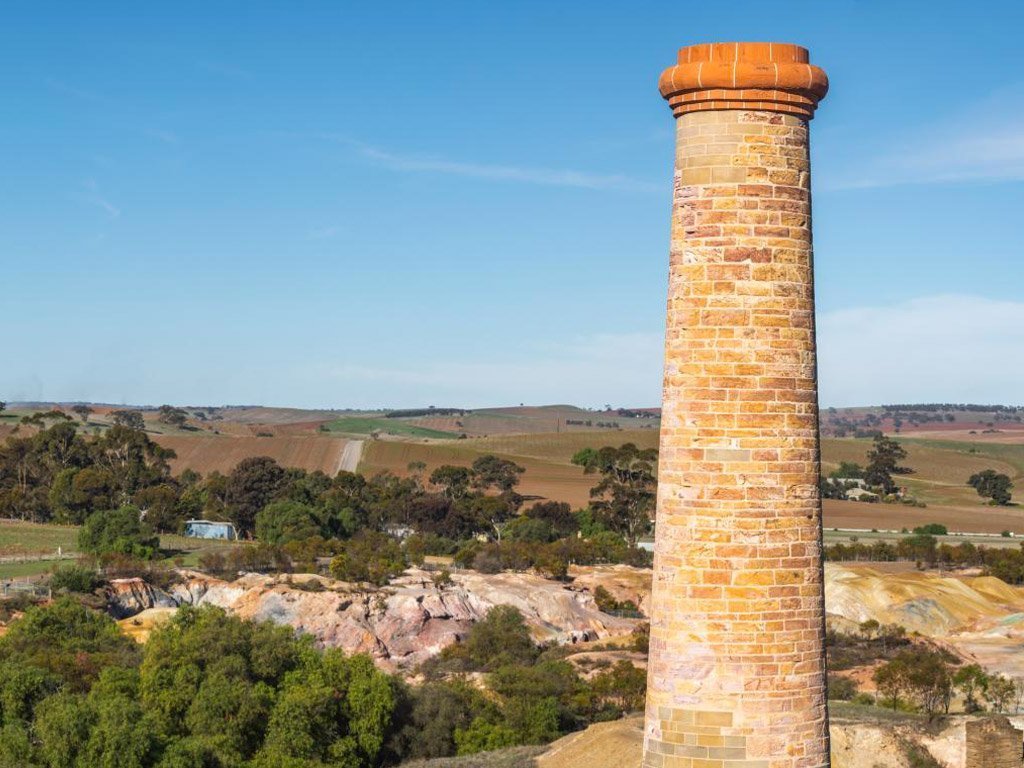 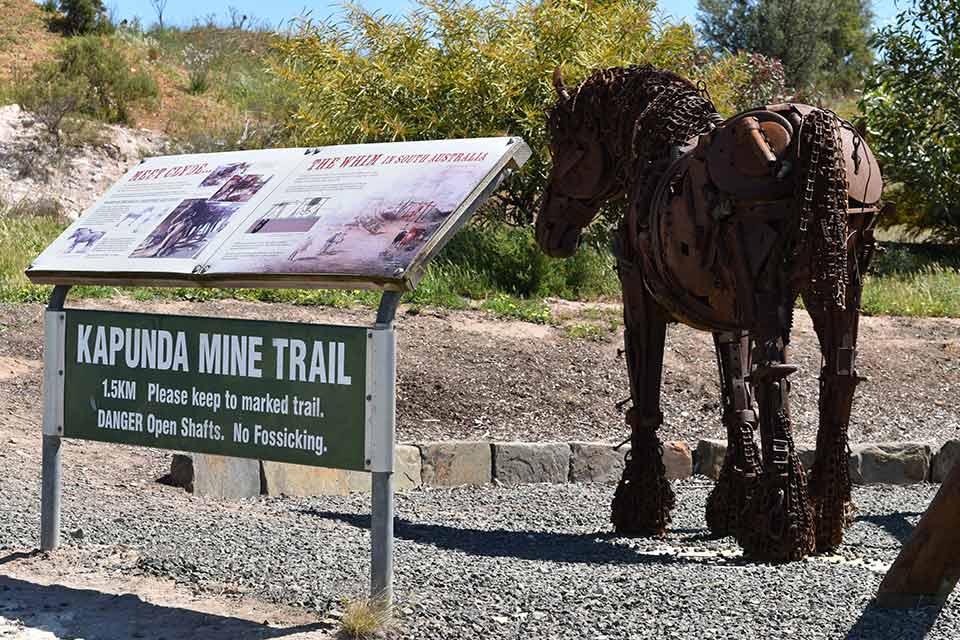 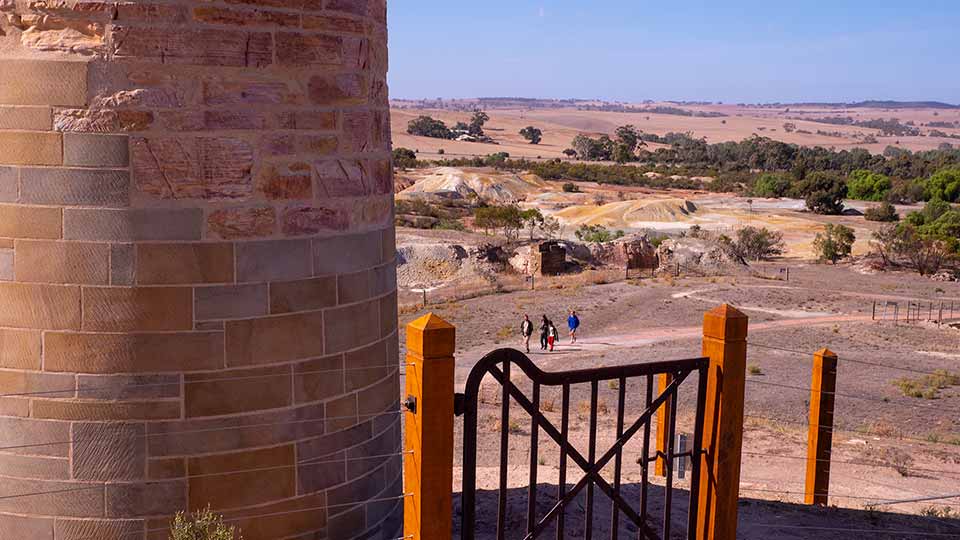 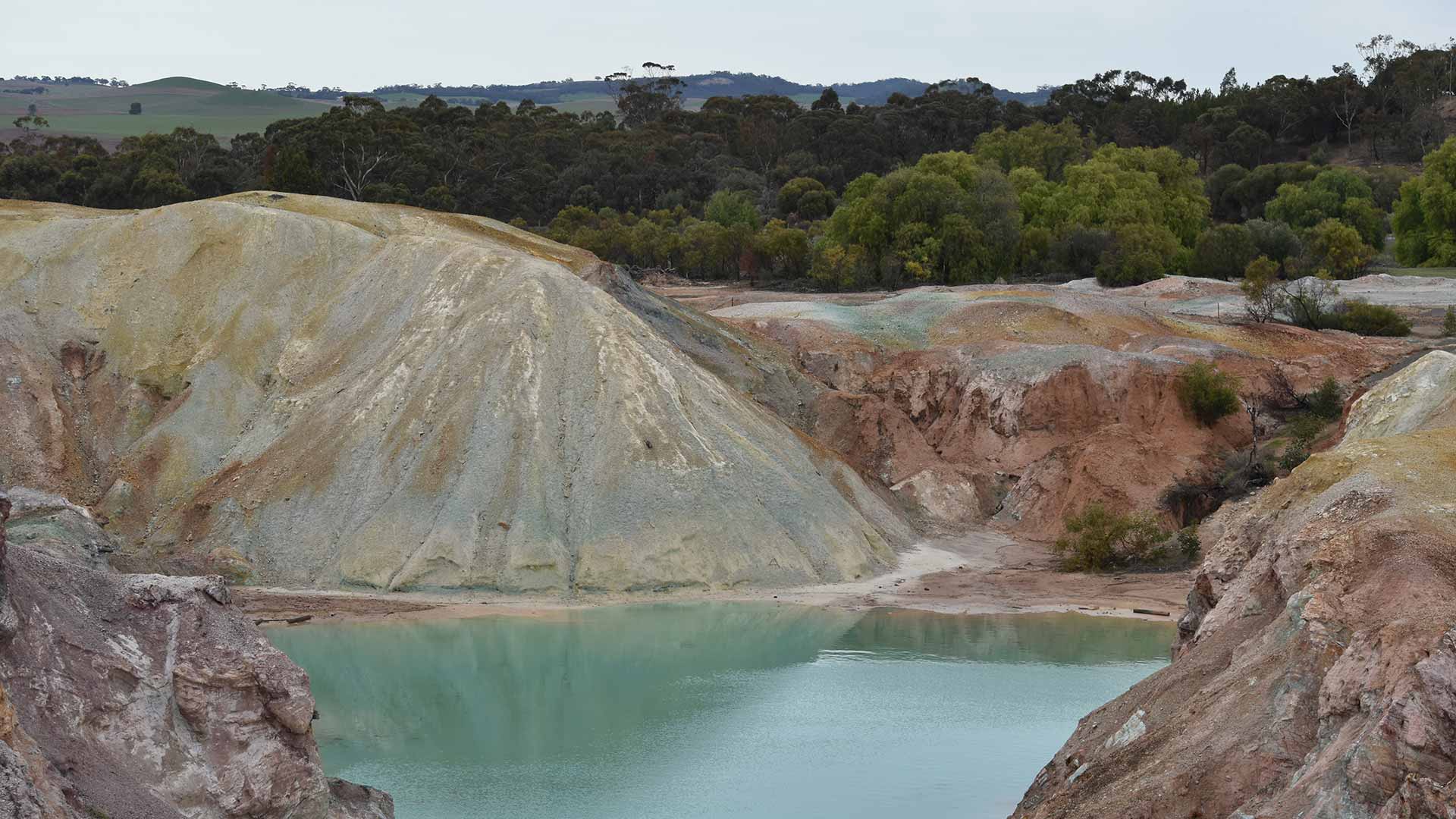 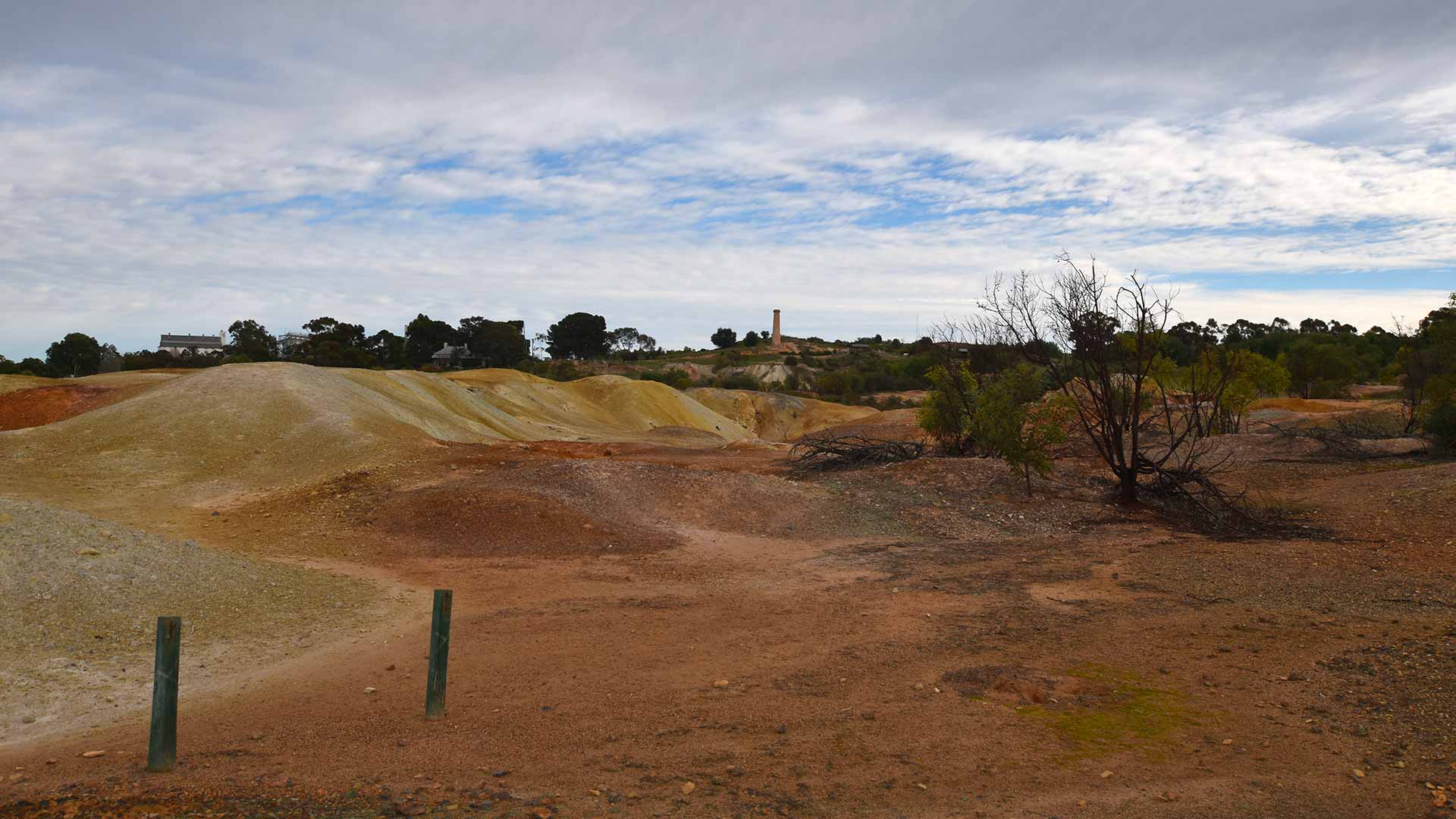 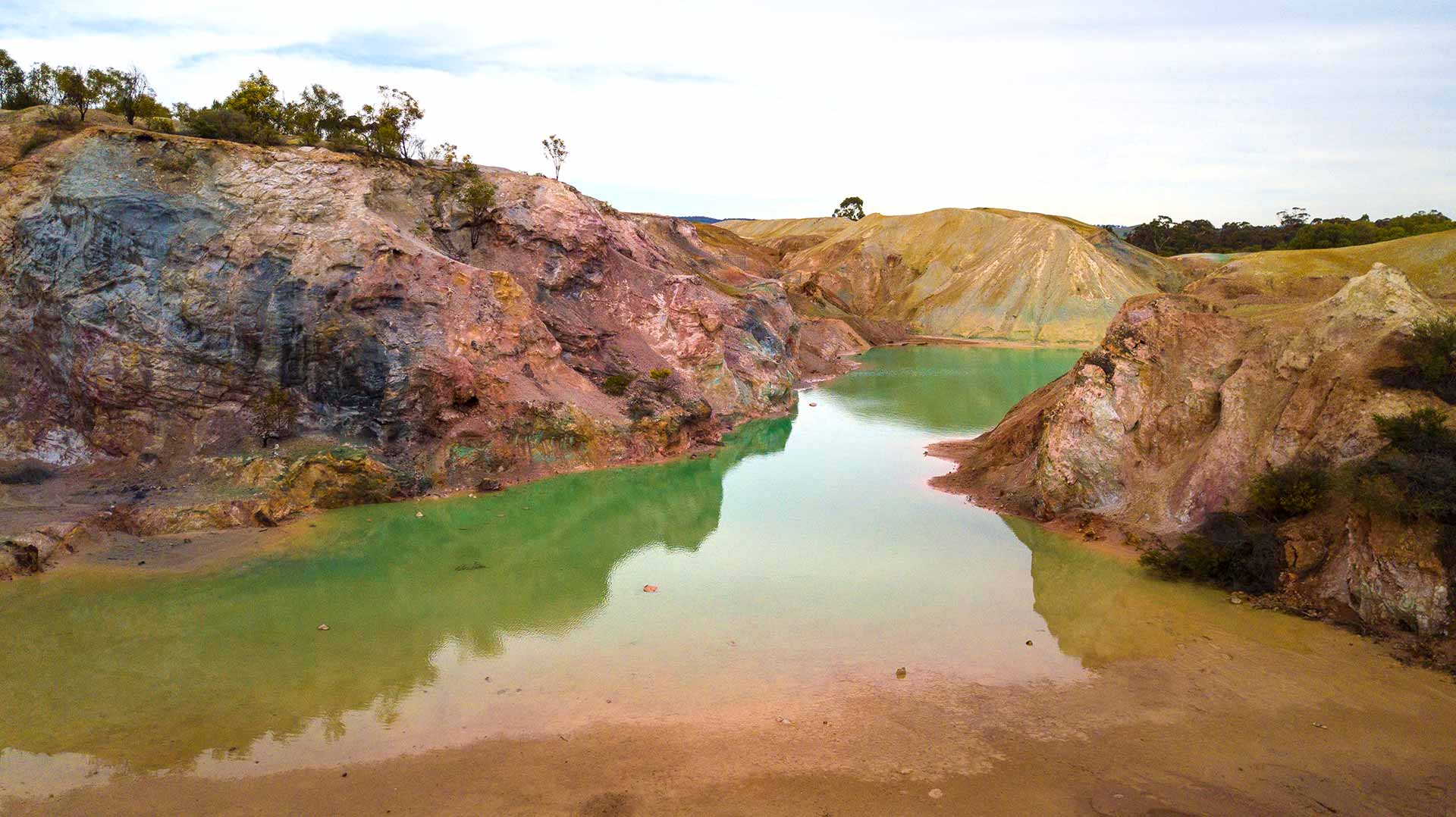 The Kapunda Mine was the first successful commercial copper metal mine in Australia. Together with Burra, the mines contributed to the colony’s recovery from economic crisis. Copper was discovered by Charles Bagot and Francis Dutton in 1842. The ore was believed to be the purest copper mined at that time.

A group of miners known as a pare would tender for an area of the exposed ore body and were paid according to the value of ore extracted. The company exercised practically no supervision over the operations and the result was a series of burrows without system or method. Owing to the softness of the white ground, most mining was carried out by pick and shovel without the use of gunpowder.

You can park here and explore the mine on foot, if you wish. There is a 1.5km easy walking trail with interpretive signs and access to one of the open cut mines. The trail loops around the entire mine site and takes about an hour to complete.