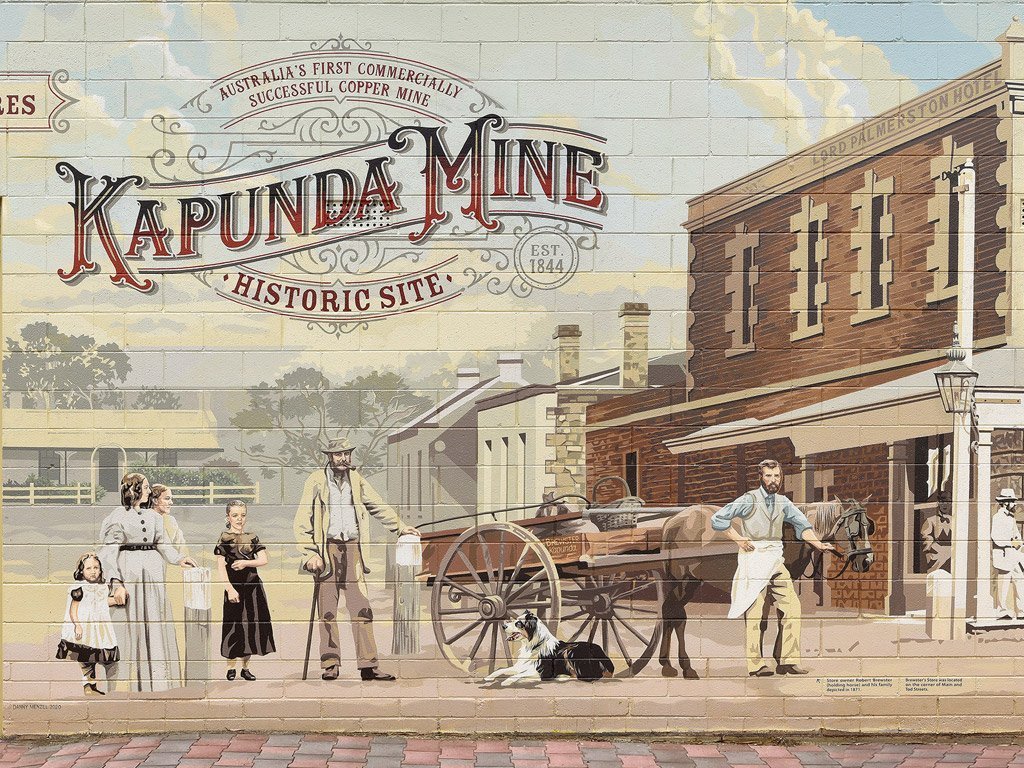 This large 100m2 hand-painted mural is in two sections (either side of the roller-door).

The right section depicts the Lord Palmerston Hotel and J. Harden Confectionery building at the exact location where it was originally, on the corner of Lucas and Main Streets. Around 1900 the building became Kapunda’s Coffee Palace and later a car service garage. The building was demolished in 1968 making way for the current structure.

To the left of the roller door is a depiction of the working Kapunda Copper Mine, Australia’s first commercially successful copper mine established in 1844. This scene was recreated using references from old photographs and paintings by colonial artists, George Fife Angas and S.T. Gill.

On the extreme left of the mural are portraits of several founding identities; Dr. Blood, Captain Charles Bagot, Francis Dutton and William Oldham.